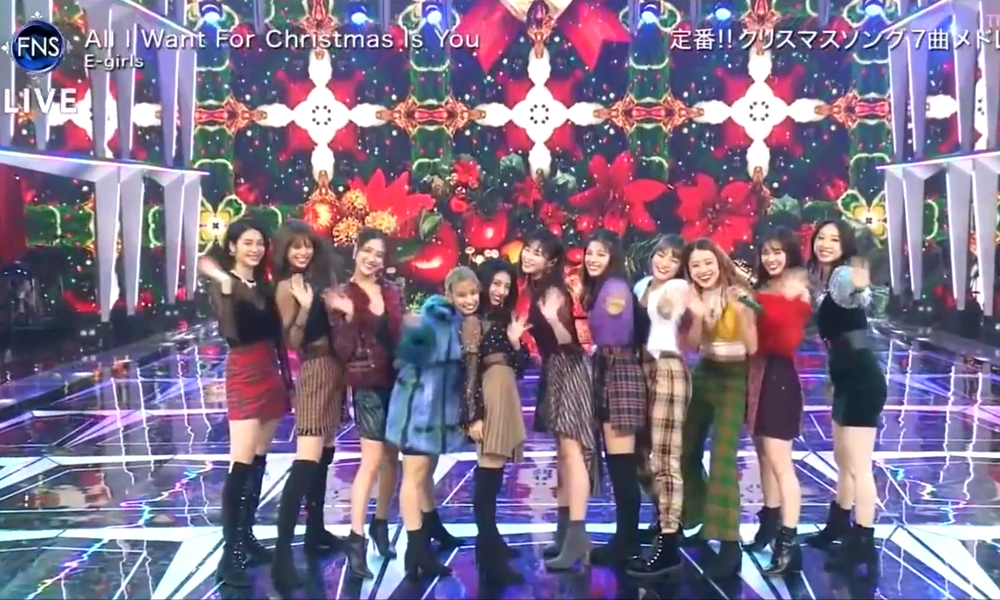 (The photo shows the Japanese pop music group E-girls, which disbanded in 2020 but reunited for a Christmas farewell video.)

At Christmas, it's natural to think of Jesus, whose life and example inspired the Christian faith. Christians believe that in addition to being a great man and moral teacher, Jesus was also God in human form.

That's the most obvious disagreement between Christianity and Judaism. Personally, I think it's much ado about a metaphor, since both say that God is beyond human understanding. Would the "Sermon on the Mount" be any less true if its preacher were merely a great man with a noble vision? Hardly.

But there's another difference that has more practical impact. It's a difference in emphasis: What, exactly, does "the Golden Rule" tell us to do?

The version that most people know comes from the Christian Gospel of Matthew 7:12. Phrased in modern English, it's "Do unto others as you would have them do unto you."

It refers to "others," that is, to everyone. And it tells us to do good things.

Most people, including Jews, don't know that Judaism has a slightly different version. It comes from the Talmud, in which the ancient Rabbi Hillel was challenged to define Judaism concisely. He replied, “What is hateful to you, do not do to your neighbor. The rest is commentary."

Hillel's version refers not to "others" in general, but to our neighbors. And it tells us to refrain from doing bad things.

It's obvious that each faith has one half of the complete answer.

Christianity is universalistic. It emerged in an ancient world of competing religions and needed to attract members. It believes that everyone can be Christian and everyone should be Christian. It affirms our moral duties to all people, no matter what their religion, group, or nation.

Judaism is particularistic. It evolved in a small nation that was constantly in danger of annihilation by more powerful countries such as Babylonia and Rome. It does not seek converts. Like Christianity, it affirms our moral duties to all people. But it adds a proviso: We have a greater duty to "our neighbors" -- family, community, and country -- than we have to strangers on the other side of the planet.

So if you put it all together, you get the full answer:

Yes, everyone's welfare counts: But if the welfare of your family doesn't matter more to you than the welfare of total strangers, then I think there's something wrong with you.

The Japanese do a pretty good job with both sides. They are welcoming to strangers, but fiercely loyal to their own people. And though few of them are Christian, they celebrate Christmas as a universalistic holiday. So did the E-girls. So do I.