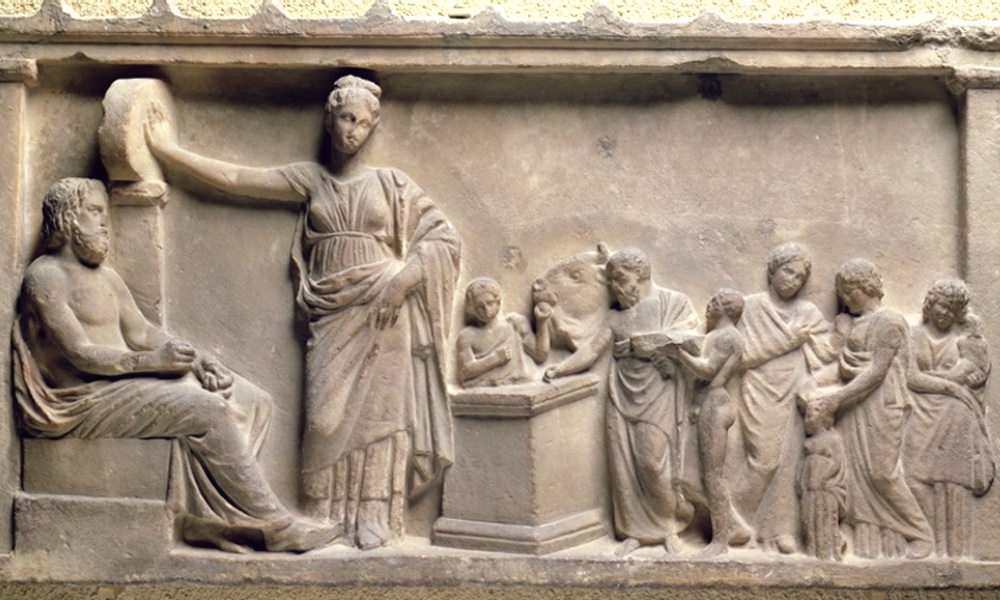 In ancient times, individuals were seen only as part of their family, clan, tribe, or nation. The group had collective responsibility for the actions of any of its members.

That's no surprise, because it's how our minds work. We use concepts to group similar cases together. Such generalization helps us think about them more efficiently.

We seldom realize how great an intellectual achievement that was. Nor do we realize how subconscious generalizations bias our thinking.

Numbers are an example. They're a fairly late development. A number such as "three" covers similar cases based on them having three items in each case. Ancient people -- and some primitive tribes even now -- lack a single concept for it. In one example, there are:

It took an intellectual leap to realize that "three" was the same idea whether it applied to flat objects, round objects, or anything else. We're so accustomed to the idea of numbers that it seems totally obvious to us, but it wasn't obvious to our ancestors.

When our ancestors finally realized that "three" was the same idea in all those different cases, they could think more efficiently. General ideas are a fundamental way for us to understand the world.

However, general ideas also have a bad side. Our default reaction is to see people as group members rather than as individuals: Americans, Canadians, Jews, Gentiles, Republicans and Democrats, for example.

Often, that's helpful. Generalizations help us make accurate predictions. They often enable our group and us to survive in a world that is at best competitive and at worst dangerous.

Sometimes, however, they bias our thinking in ways that can hurt us and other people.

When we catch ourselves thinking in terms of "us" versus "them," we should take a breath and make sure we're thinking clearly. Are we seeing the other people as they actually are, as individuals? Or are we seeing only the general ideas of them that we have in our minds?

If we don't get our facts straight, then we risk blundering into injustice.